Words defined 2021 for me, moreso than any other year in my writing career. With revision after revision on a novel-in-progress (my 7th iteration since I started writing on November 1, 2020) I’ve probably written, revised, and read over more than a million words. Besides daily fiction writing, I worked on three nonfiction books (we released new editions of The Florida Trail Guide and Florida Trail Hikes) along with two new trail apps. Lots of words.

To write, I read. Last year I didn’t bother to keep track of what or where. This year, I did. The tally stands at 124 books: 67 fiction, 57 nonfiction.

For those of you shaking your heads at that feat, a few facts. First, Mom taught me to read when I was four, so I’ve always been a speedy reader. We don’t have cable, we don’t watch television save for some old shows on DVD and old movies. And I dove into research for my novel with relish. Largely reading fiction to understand how-to, genre, and conventions; reading nonfiction for historic background and for counseling and inspiration on writing fiction.

Of those 124 books, about a quarter were e-books. I prefer the heft of a real book in my hands, but e-books worked well for jumping into fiction by authors new-to-me. Although I didn’t list specific titles in my “best of” below, these series by four women in my writers’ group brought me a lot of joy as I worked my way through their novels. 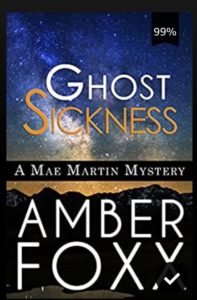 Amber Foxx. Mae Martin Mysteries. Awakening to a gift of second sight, Mae Martin has plenty of baggage in her life—an unhappy marriage, a mother with no empathy, a rural town where she feels ill at ease, a lack of funds—when she starts into college with the idea of becoming a fitness instructor. Her curiosity over her gift, which is appreciated by some but scorned by those closest next to her, leads her into trying to use it to help others and learning her limits. The Calling, set in rural eastern North Carolina and Virginia Beach, had me wanting more. Subsequent books broaden and deepen the spirituality theme, explored through music and art, culture and literature, and a strong sense of place in New Mexico with a truly culturally diverse cast of characters.

Edith Maxwell. Quaker Midwife Series. Set in Amesbury, Massachusetts at the cusp of the 1890s, a city revolving around the carriage trade as “horseless carriages” begin to appear, this fascinating series follows the busy life of Rose Carroll, midwife, providing an in-depth look at Quaker culture and history as well as the realities of women’s lives in New England at the time. Young, attractive, and curious by nature, Rose can’t help but stumble across bodies and follow clues, often putting herself in precarious situations. 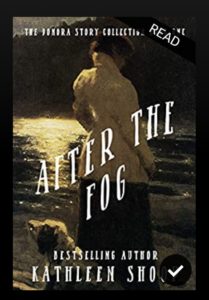 Kathleen Shoop. The Donora Story Collection. As my writing career started in earnest in Pittsburgh, coming across historical fiction on the region had me digging for more. After reading her Love Under The Stars, which brought back many memories, I came across After the Fog, set during the killer fog that settled on the Monongahela Valley in 1948, the product of pollution. While Book One focused on one strong woman’s struggle to survive life in Donora, Books Two and Three were simply masterpieces of historic fiction. Unfolding prior to the first novel, The Strongman and the Mermaid and The Magician offer the imagined lives of immigrants to Donora up close and personal, with the result of their meeting the baseball great Stan Musial. The depth and texture of these stories swept me into the past.

Liz Milliron. The Home Front Mysteries. Diving deep into WWII historical fiction this year, I discovered insight on aircraft factory work through this series featuring Betty Ahern, who works for Bell Airplane while navigating the realities of a nation in turmoil. Her boyfriend and fiance posted overseas and in danger; her female friends all wrangling “men’s jobs”; and her parents unhappy with her newfound independence as a working woman, never mind their horror at her off-hours detective work. Sabotage, mercenaries, and the Bund factor in. Fascinating and enjoyable for the feel of the WWII home front.

These were the standouts for me in 2021 as I worked my way through researching the early space program, World War II, and the Cold War. A few outliers outside those areas of research reflect my love of the outdoors. All links below lead to Amazon.com for purchases, and I do earn a little something if you buy through them.

All Our Shimmering Skies by Trent Dalton (2020). A deep dive into an imagined Australia under Japanese attack, this World War II novel claws at the heart as Molly, the gravedigger girl, descends into the vividly described Outback and follows the clues she finds into Dreamtime to fight a family curse.

All the Light We Cannot See by Anthony Doerr (2014). A Pulitzer winner that breaks novel conventions, it is a lush intertwining of two young lives during, before, and after the heat of the American bombing of the coastal city of Saint-Malo to drive out the Germans from the French coast: Werner, a radio expert, an orphan crafted into a reluctant Nazi tool; and Marie-Laure, the blind daughter of a carpenter carrying one of the greatest secrets of the Paris Museum of Natural History to safety.

The Apollo Murders by Chris Hadfield (2021). At once a headlong rush through an imagined Apollo mission and a treatise on the real machinations of the Cold War in space, this thriller of a moon shot offers plenty of twists and turns through a dizzying array of historic figures and minor players behind the scenes of the launch and landing. 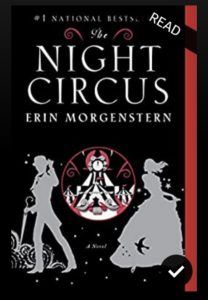 The Night Circus by Erin Morgenstern (2012). The sensual imagining of a Victorian circus like no other, a work of art, an ethereal pop-up that appears only at night. While enveloping its delighted visitors in a cloud of light and sound divined by magicians, it is simultaneously the backdrop to a battle between two ancient forces of magic working their end game by manipulating the lives of their adopted children.

The Portable Veblen by Elizabeth McKenzie (2016). Hippy parents. The marketing of warfare. The unintended uses of medical inventions. A roller-coaster ride of a novel set in California, featuring the star-crossed paths of a young lady named for a reclusive philosopher who loves squirrels and a research scientist working with veterans who doesn’t.

Shuttle Down by Lee Correy (1981). Published concurrent with the first flight of Columbia 40 years ago, this novel written under a pseudonym by a space insider posits a now-routine launch from Vandenberg and what becomes an international incident when an emergency landing forces the Space Shuttle into an impossible-to-retrieve situation on Easter Island. A female crew member is part of the team, before Sally Ride took her first flight.

The Bastard Brigade by Sam Kean (2019). A sweeping look at one of the deepest secrets of World War II, the author uses down-to-earth language in his novel-like depiction of the cast of characters involved in keeping the Nazis from developing the atomic bomb before the Allies did. An unexpected spy-versus-spy nonfiction thriller, it breathes new life into scientists and military strategists whose names you’ve seen in history books.

Come Up and Get Me by Joe Kittinger and Craig Ryan (2010). At once an autobiography and a window into understanding the utility (and thrill) of high-altitude ballooning, it recounts the Orlando native’s personal history from his family houseboat on the St. Johns River to his horrifying ordeal as a prisoner of war in Vietnam. For those looking to the skies as space ballooning takes off as a tourist venture, a worthy read to understand the awe and peril of touching the edge of space.

Cuba Libre by Tony Perrottet (2019). A fascinating take on Fidel Castro’s rise to power, an eye-opener about the Batista years to those of us too young to remember Cuba before the Cuban Missile Crisis, this history of the revolution (1956-1958) follows Castro and his posse of urban intellectuals into their descent and mastery of a Robin Hood-style of guerilla warfare that won over both the hearts of rural Cubans and the scions of American pop culture.

A Girl’s Guide to Missiles by Karen Piper (2018). Growing up on and near China Lake Naval Weapons Center in the 1960s and sent to an ultraconservative private school, it was nearly a given she’d run in the opposite direction as an adult. With her parent’s jobs largely shrouded in secret until decades after they’d done their duty, she explores the legacy of their days at China Lake and how growing up in a desert with bomb testing led her to immersion in the counterculture taking root in the Oregon rainforests.

The Log Cabin Years by Cindy Ross (2021). A compelling memoir by the author who first introduced the world to the woman’s perspective of an Appalachian Trail thru-hike in 1982 with A Woman’s Journey, this book recounts the efforts taken by her husband and herself to carve out a down-to-earth lifestyle for themselves, weaving in the nuts and bolts of building a two-story cabin from scratch in the deeply forested Pennsylvania mountains.

Men, Rockets, & Space Rats by Lloyd Maller (1955). For a peek into the very beginnings of the United States effort to reach the stars, this collection of reportage and interviews about “solving the solutions of rocket flight” holds details long forgotten today.

A Pocket Guide to Pigeon Watching by Rosemary Mosco (2021). A charming introduction to the humble pigeon with playful illustrations by the author, this is far more than a birding book. It’s a reminder that all creatures on earth have value, and the pigeon more than most.

The Pre-Astronauts by Craig Ryan (2003). What happened in space research before Sputnik was launched? All branches of the military were competing to reach the stars, but it was the Air Force studying the effects of cosmic rays, high-speed impacts, the upper atmosphere, and solitude on test subjects, founding the study of space biology. The basis for a 2019 PBS documentary, Space Men, this book outlines the research and personal risks taken by Air Force scientists and pilots to determine how humans could survive a round-trip into space.

Spying on the South by Tony Horowitz (2019). The final volume from an extraordinarily talented writer, this travel-and-culture guide has the author tracing the 1852-54 route of landscape architect Fredrick Law Olmsted through the South, drawing parallels from his own travels during a year of turmoil in the United States while uncovering unique communities and memorable characters.

Wandering Home by Bill McKibben (2014). Wrapping walking in memoir about writing about wilderness, McKibben sets forth on a long walk around his own home territory — from Robert Frost’s Vermont cabin to Garnet Lake in the Adirondacks of New York — to assess how time changes landscape, particularly the quintessential backdrop of the Vermont he’s known and loved.